Home › Uncategorized › The American Red Cross – Making a Difference One Volunteer at a Time.

The American Red Cross – Making a Difference One Volunteer at a Time.

For the past year, I have been living and working in New Orleans Louisiana. The city has gone through major changes in that year as it moved from a bustling city filled with music, a busy nightlife, Mardi Gras celebrations, and yearly festivals, like Jazz Fest and the French Quarter Festival, to a city gripped by the effects of COVID and several major disasters.

In recent weeks the city has come back to life, not because COVID restrictions have been lifted, but due to an influx of refugees from near Louisiana cities devastated by Hurricane Laura. On August 27th Hurricane Laura made landfall in Louisiana and as the storm marched through the state, it left destruction unlike many have ever seen. Across the state, we have seen residents displaced from their homes and towns, left without food and water, and even weeks later, still waiting on power to be restored.

Many of those displaced by the hurricane have made their way to New Orleans where FEMA and other relief agencies have secured rooms in some 85+ hotels to house families as they piece their lives back together, after what was the 10th largest hurricane to ever make landfall in the U.S.

The local businesses have welcomed refugees with open arms, as they have brought this once bustling metropolis back to life, but with this return to life, there is still a feeling that our world is not what it used to be. As so many are working to rebuild their lives in the wake of our country’s political and social unrest, COVID, and natural disasters, they are hoping for a bright spot on the horizon to show them that everything will be ok.

When the refugees made their way to New Orleans they were met by multiple disaster response teams from across the US looking to help take care of families and get them back on their feet. So many great teams came to help, but the one organization that has impressed me the most has been the American Red Cross.

Over the past few weeks, I have met numerous workers and volunteers who have left their homes, across the U.S., to volunteer their time and help those in need. The exceptionalism of these Americans, young and old, willing to come and give their time freely is truly inspirational and for the life of me I don’t understand why every news agency in the nation is not down here telling the story of New Orlean’s, rather than filling our daily news feed with stories of social unrest and political hatred…in my opinion, the world could use a little good news and a few stories of love and compassion toward our fellow man.

Over the weeks the Red Cross has, day and night, supported refugees, or their clients as they call them, giving them room and board and medical assistance. Among these volunteers, I have met so many wonderful people, but a few have left a mark on me that will last a lifetime.

First, I met Gary who is a manager in the tech industry and each year he has several weeks of vacation he can take as he pleases but, for as long as he can remember he has taken his vacation with the Red Cross, going wherever they deploy him to help those in need.

I also met Phillip, a 75-year-old retired truck driver that has worked with the Coast Guard Auxiliary and Red Cross for the better part of 50 years, donating his time and retirement to helping where he is needed.

Along with Gary and Phillip, there are so many others from places we all know like Oregon and Michigan and North Carolina, from all races and all walks of life, converging on New Orleans to openly and willingly given their time. They never complain, not once… well once but, it was a good complaint as they said that since COVID has reared its ugly head they have been unable to put their arms around their clients and hug them, but even without the hugs they are helping their fellow man more than I think they know.

I have so many great stories through meeting these leaders of hope, and I think the world needs to hear these stories, or better yet experience them first hand, but the best story I have to offer is Charles’s story.

On Wednesday night I met Charles, a 70-year-old African American, proud father, husband, retired doctor, and Army veteran, who stood at the counter ordering his food and joking with the bartender that he wasn’t old enough to drink. He waited there in his tan Choctaw Nation Medical Health Hat, cocked slightly to the side and I can only assume the hat was from another place Charles had volunteered his time.

As he stood waiting on his food, still in his Red Cross vest, he told me how he was raised by good parents in the inner city of Chicago and how he went from a life surrounded by gangs and adversity to a life of education and service to others. Charles entered college and then went on to Medical school where he joined the military and served his nation as a doctor and caretaker.

He said that his wife asked him why he continues to go to places with the Red Cross like Haiti and other devastated areas, as she thinks he has done enough in his 70 years, and Charles said that he feels the need to serve, he feels the need to give back to his fellow man and he said; “God gave me the gift of medical school, and to make it from the inner cities of Chicago to a successful doctor, I am  going to use the gift  God has given me to make the world a little bit better for as long as I am here.”

Charles and I shared stories of our military experience, he said we may not have served together but we as veterans chewed some of the same dirt. Amen to that brother! I shared several of my own life experiences, which seemed to pale in comparison to his inspirational life, and as we talked, I told Charles that his story and so many of his colleague’s stories were truly inspirational. I then told him his story ministered to me, and that’s when he said he was also a minister.

As Theeda, with the hotel staff delivered his food, he reached out and put his hand on my shoulder and began to pray. It was interesting to watch an entire hotel come to a stop as he did this, but also a moving moment we all shared. Charles prayed for peace and guidance and so many other things our world needs and as he finished his prayer he smiled, patted me on the shoulder grabbed his food, said goodnight, and headed off to his room so he could get up tomorrow and do it all over again.

As Charles left, I don’t think he knew how much his conversation meant to me, but Charles made a difference. He didn’t have to, it’s just the person he is and he does it to be of service to his fellow man. He made a lasting impact on me in our short thirty-minute conversation, but the impact he and the Red Cross are leaving on New Orleans is truly exceptional.

If we look around we can find many like Gary and Phillip and Charles and in a world that seems to be tearing itself apart with political unrest, protests, and general hatred towards others, we have to find the bright spots like the men and woman of the Red Cross. We have to turn away from the idea’s social media and our news feed hit us with and we have to realize there is more good in this world than bad. Sure, we have our differences, sure life is not always easy, but there are those out there making a difference… we all need to make a difference. We need to find common ground and work together as Americans and friends.

Charles and the Red Cross are out there doing it daily, they are always looking for volunteers to help their organization and what I have learned about the Red Cross is that you may donate your time to this organization and help them out, but the experiences these volunteers have while deployed gives them so much more in return, and that is why, year after year, they come back to just be of service to their fellow man.

I can’t say enough about what these fine men and woman are doing in New Orleans, and around the world, but if you’re looking for opportunities to make a difference, look to the American Red Cross, it will be an experience that just might change your life and in the process, you will leave the world a little better than you left it.

Thank you to the American Red Cross, your staff, and your volunteers, for being an example of good in this complicated world. You are making a tremendous difference! 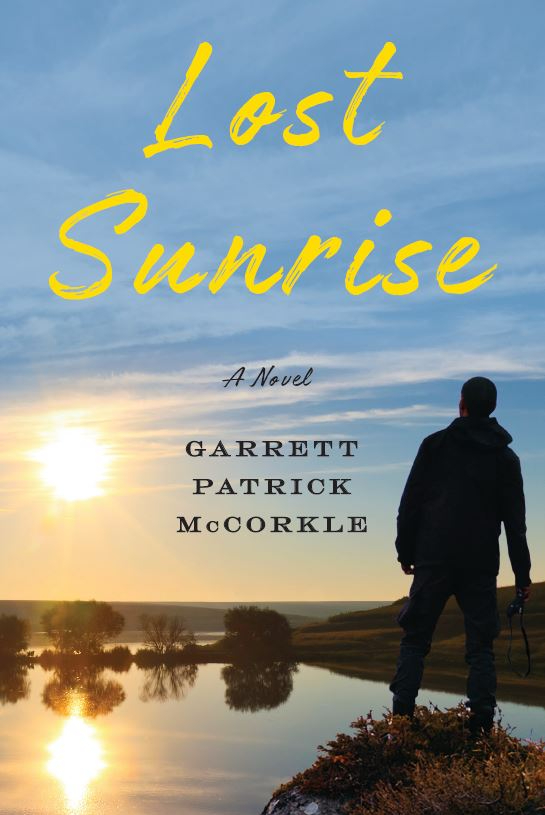